NO SUCH THING AS A DAY OFF

Tags: ANGRY FAT GIRLS EXERPT TWITTER FACEBOOK AMAZON WEBSITE BLOG FRIENDS PASSING FOR THIN
Promoting a book at my level of (ha ha ha) fame is a matter of an adrenaline rush followed by lots of down time -- a lot like my father's description of anesthesiology ("long periods of boredom interspersed with moments of panic"). Today is a down day. That means it's internet housekeeping day.

Six years ago, when I published PASSING FOR THIN, I used the internet to watch my Amazon ratings and answer readers' and publishers' emails. One television radio was available on the web and I found addresses for all my interviewers so I could write them thank you notes. (They're coming, everybody: I just ordered the right cards. You can have it done on time or you can have it done creatively: your pick.)

What we panted for in 2004 were TV and print reviews/profiles. Since then, KIRKUS and SCHOOL LIBRARY JOURNAL have folded up shop. Some television venues have also closed. Newspapers -- and especially book reviews -- have shrunk, as has magazine circulation. The economy is not a friend to the advertisers that keep television and print media going, but neither is the internet.

My father and I were listening to an NPR piece over the holidays that asked experts what the most significant changes in the last ten years have been. One answer in particular struck me: the number of screens we live with. As someone who began working on computers as word processors and who filled up her empty Best Buy card in the post-Christmas sales, I had to laugh.

Television, computer, laptop, cell phone, iPod, camera, Kindle: my screens. While television remains the dominant screen, according to the interview, the content has also changed in the past decade. More channels! More competition for the networks!

It doesn't necessarily translate to more opportunities because the more competition there is, the more thinly spread everyone's budget is. And why watch THE TODAY SHOW at 8 a.m. when you can TiVo without ads, or watch what you want on Hulu or the NBC site? Maxwell House is thinking twice about how many people actually see their commercials in this world.

Which brings me to my day off from interviews. I've begun fussing at my website and need to add links to cached radio shows. I've added a haf hour's worth of Twitter follows to @angryfatgirls and started a personal Twit, @franceskuffel. ANGRY FAT GIRLS has gone from being in the 30,000s at Amazon to the, if a Facebook reader is correct, 7,000s,necessitating am email to publicist, editors and agent, who responded from the Blackberries. I need to write at least one other blog and get going on Good Reads.

Friends asked me to a celebratory dinner on Tuesday night and one of the women who blurbed ANGRY FAT GIRLS wants to get together on Tuesday or Wednesday -- all of this is part of what I do to Make It All Work.

The best part, though, is when a really generous friend calls to read me what she thinks is the best part so far. So on this day of hidden publicity effort, I got a start with my own words:

"We who eat compulsively, eat instead of speaking. We are the stars in a play for one actor, and both the stage and the dialogue are our bodies for the rare, critical audience. Like great drama, weight is showing, not telling, a psychic and biological story."

So there you go. BJ picked it, not me.

See you around the `net.

Frances, I've read your blog for the past few years (after finishing Passing for Thin) and am happy that your new book has appeared.

You mentioned in this blog post that School Library Journal was no longer in business. You may be pleased to know that the publication still exists - online and in print. Here is the website: http://www.schoollibraryjournal.com/.

Thanks for sharing the details!
i would like to more information from your side!
please added more then tips!Am working in
used laptops in hyderabad

Yes, you are absolutely right in what you mean to say.

thanks a lot
Data Scientist Course In Hyderabad 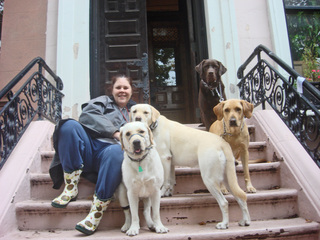 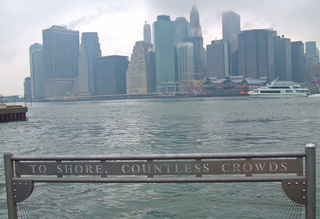 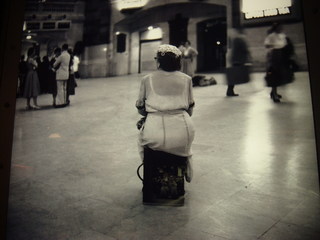